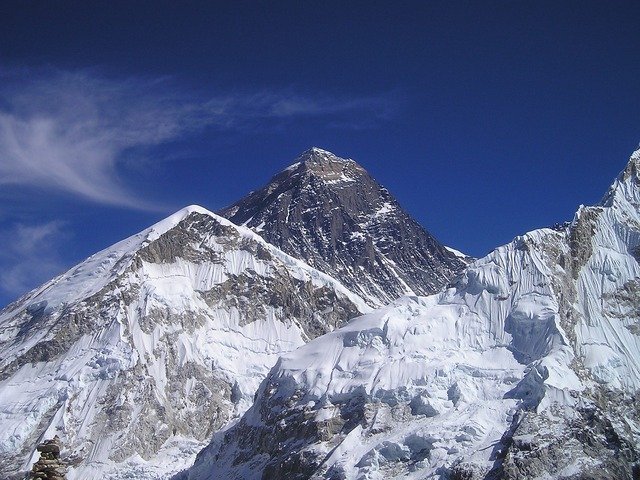 An incredible journey in the Himalayas

He expected the peace of mind and spiritual strength from this journey, but the heart wrenching pain also urged him to do austerities. He was preparing for a journey to the four most sacred places in the Himalayas: the Char Dhama pilgrimage. There are places on this planet where Heaven and Earth are touching: these sacred places are also like that: Yamunotri can help the pilgrim to gain access to the realm of the Sun god,  Gangotri to Brahmaloka, Kedarnath to the abode of Śiva, Badrināth to the spiritual realm of Lord Viṣṇu. Our senses and our mind interpret and project an image of the reality of the material world onto our consciousness, an image of a world that is limited by space and time.  However, when the conscious soul experiences reality not only by the limited decoding facility of the material senses, the deeper identity of sacred places can manifest themselves. Therefore he started on this journey.

His name was Bon Svāmī, and was regarded by many as a shooting star. In his youth, considering his merit and exceptional abilities, his spiritual master sent him to Europe to give Krishna’s matchless message to the Western intellectuals. Later it turned out that this task was meant for someone else to do. The bright star, Srila Prabhupada, came decades later, who illuminated the whole world with the knowledge about Krishna. On the other hand, Bon Svāmī seriously offended his spiritual master, therefore he was withdrawn from the Western mission. Still, also shooting stars have their story, which teaches us that there is no falling down forever, only heavy lessons to learn. Later, Bon Svāmī found his palm leaf of Brighu, from which he learnt that he offended his spiritual master already in a past life, therefore he fell down from his spiritual position and had to be born again in this world. The astrologer who read out his palm leaf recommended chanting a special mantra addressing Śiva.  He was devastated to find that he was committing the same mistake life after life.

Bon Svāmī was already on the enlightened level, but his goal was to attain the personal realm of the spiritual world, so far unaccessible because of his earlier offence. The monists′ desire, the illusory union, enlightenment, is, in its original form, the experiencing of our original spiritual nature, which belongs to a spiritual world, having God, Krishna, in the centre. Real relationship, complete with love and bliss, can only exist between persons. Therefore those who offend the intermediaries of spiritual knowledge and spiritual life can barely enter the final gates.

He set out on the journey of nearly 1000 kilometres on 11 January 1943, by walking, undertaking special austerities. He made a vow to eat only once a day and not to take even one step without chanting the Holy Names of the Lord. At first, he had companions, but he soon realised that he can only deepen his realisation if he faces the long journey alone. Thus, he went on with only the sharp cold, the dangerous passes and the bright white, silent mountains being his company.

One day, when the Sun was about to part with the Svāmī by sinking behind a summit, he decided to chant the Holy Names of the Lord in youga position. There was no one around, no disturbing sounds, just deep silence and calmness. He was already in deep meditation of the gates opened by the Holy Names when he heard children laughing. He opened his eyes and saw three children aged about 5 or 6 years dancing in front of him. That dance was so graceful as he had never seen in his life. He was watching them, mesmerised. Finally, the older boy said to him to give them something to eat at least.   Bon Svāmī gave them his last two bananas. They shared them but also asked for his sweater. He refused to give it to them, for fear of freezing without it. The children then disappeared, as sudden as they had appeared. What was this? Was it a dream, a vision, or were they really divine children? Was this a test by the deity if he is willing to give? For, the path to the personal realm of the Lord can only be found through giving.

One afternoon, walking in the light of the setting sun, he reached a warm lake near Yamonutri, which was soothing the weariness of wayfarers.  As he got closer, he saw a girl of divine beauty, who was chatting with her companions. He was sure that he saw Yamunadevi, daughter of the Sun god. He bowed his head and prayed to her for devotion to Krishna. When he opened his eyes, the girl was in front of him and, with raised right hand, blessed him with sweet laughter. He closed his eyes again and when he opened them, the girls had disappeared.

Weeks have passed. He had been to Gangorti and was nearing Śiva′s abode. After negotiating a peak by a dangerous mountain path, he suddenly saw an unearthly view: the distant mountain Kailāsh and Śiva′s realm. The waves of peaks and valleys were covered by unending whiteness. His pride and ego fell in front of the view. He was following the path with caution, until he found an even more wondrous place. There, in the middle of the ocean of snow, he found a valley of heavenly beauty: myriads of flowers poured their intoxicating scent. Suddenly a stranger came across, smiled at him and said, as if answering an unasked question: „The  abundance and perfume of the flowers is nothing compared to the season of autumn. Then you could not pass because you would faint of the intensive scent.” The Svāmī felt tht he had been admitted to Śiva′s realm. He went on, chanting the Holy Names of the Lord like a madman.

He arrived at Kedarnāth after the temple had closed. The chief priest was sitting in fron of the closed gates and welcomed him with these words: „I was waiting for you. The Lord wants to see you.” Then he let Bon Svāmī in to see Śiva. In the evening, he put on his blanket and sat down under ther stars of the sky in front of the temple, to chant the mantra he had received from the astrologer. He was joined by the local sadhus. He was chanting the mantra with closed eyes, crying in exstasy, pleading for the mercy of Śiva and his spiritual master, to be allowed to enter Krishna′s realm, the highest sphere of reality. When he opened his eyes, the stars were so shiny as if they were holed, letting in even more light from outside the universe. He found a strange sweet in his lap: the prasāda (remnants of food) of Lord Śiva.  Its taste was so wonderful he had never felt. He shed warm tears under the moonshine.

Finally he reached the temple of Lord Viṣṇu in Badrināth. He entered the temple and started to dance and sing. Joined by the local saints, they had an unearthly kīrtana ending in a shower of tears. Having completed his pilgrimage, he felt an ocean of calmness and realised that he should set out immediately to go to Vṛndāvana where Kṛṣṇa and his sweet spiritual realm had manifested. He was brought to the real Vṛndāvana by chanting the Holy Names of the Lord and the longing for Vṛndāvana, which he thus was able to enter and he could attain the loving devotional service, which had been the purpose of this whole pilgrimage.